Menu
Home » Health » How Harmful Are iPads To Babies? Check It Out Here!

How Harmful Are iPads To Babies? Check It Out Here! 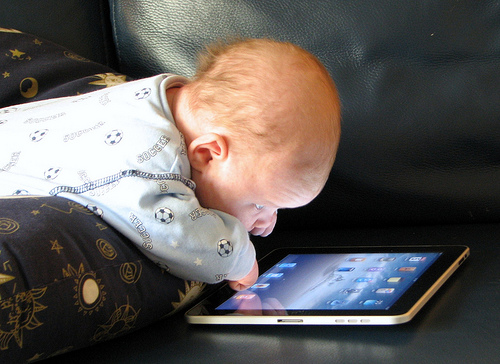 Dr. Richard House, an early childhood development expert, writes in Nursery World magazine, as reported by Daily Mail.
Babies and toddlers should not be taught to use tablets because such devices are potentially “harmful” and could lead to “developmental catastrophe,”
House also says that there should be limits on the use of tablets by older children and that early exposure to iPads creates an “indirect and distorted experience of the world,” according to Daily Mail.
House supports and is an adviser for the Too Much Too Soon campaign, which aims to protect children's natural development. He is sure not alone in sounding the alarm about babies and screens.
The American Academy of Pediatrics says that, for children under the age of 2, human interaction and “unstructured play” are paramount and more valuable than “passive media intake” at that age. Health risks associated with devices may include obesity and aggression.
Posted by Unknown
Labels: Health