Babies that weigh more at birth may risk having childhood cancer. 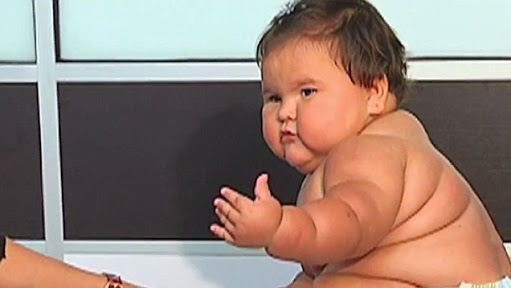 Latest research been revealed that heavier a baby is at birth, the more likely they are to develop childhood cancer.

Professor Terry Dwyer, executive director of the George Institute for Global Health, said a "significant amount of evidence" had been compiled which "effectively shows that childhood cancer incidence rises with increasing birth weight".


The International Childhood Cancer Consortium looked at babies and cancer incidence in 380,000 live births, from studies going back more than 50 years ago.

Professor Dwyer said after adjusting for gestational age and sex, for every kilogram increase in birth weight, there was an increased risk of 26 per cent for all cancers.


"In older children, diagnosed after three, cancers other than leukaemia are particularly related to birth weight," he said.

But the mother's weight at birth doesn't really matter so it wasn't considered a factor.

Experts said it was an important finding because very little was known about what causes childhood tumours.


"It's an important piece of evidence that begins to help fill in the puzzle about childhood cancer."


Professor Dwyer was one of the scientists who uncovered the link between babies sleeping on their stomachs and an increased risk of Sudden Infant Death Syndrome (SIDS).

His work has lead to major public health campaigns to put babies on their backs to sleep and a reduction in the number of SIDS cases.

"We will also now look at cord blood measurements from infants in these studies to determine whether growth hormones of various types might explain what we have found," Professor Dwyer said.


Mother's weight at birth not a factor at all


"I had to watch not eating too many carbohydrates and sweet things when I was pregnant," pregnant women speaks.

Its really a relief to know that the research has found no link between the mother's weight and the baby's risk of childhood cancer.